In Switzerland, smoking rooms nearly over the experimental phase 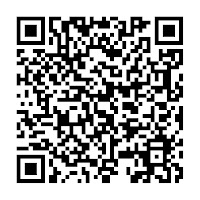 On one side are coffee tables and oak chairs covered with leather. On the other side, there are Egg armchairs by Arne Jacobsen, a black Bakelite telephone and an old flea market record player. It hardly comes as a surprise that in this era of ever more restrictive smoking laws, when people often have to brave the elements just to take a drag, the Bon Génie would be an instant hit among smokers. Besides offering a roof, which is something smokers already appreciate, it also provides an environment with real style.

It is not, however, the only such place in Switzerland catering to the needs and tastes of smokers. Several other refined smoking rooms have opened in recent years, including the vast Cigar Lounge at the Schweizerhof Hotel in Bern, which is also inspired by the 1950s post-war style, and the more modern Fish Tank at the Lausanne Palace & Spa, which was refurbished two years ago. These successful examples are leading more and more hotels, such as the Beau Rivage Palace in Lausanne, to also consider smoking lounges.

“Today’s smoking lounges don’t have anything to do with the old smoky rooms for Havana cigar connoisseurs, or worse yet, the smoking areas in airports,” says Antoine Wasserfallen, a professor at the Hotel School in Lausanne. “They are the result of careful research in design and new technologies.”

Wasserfallen foresees that smoking lounges, still in their experimental phase, will evolve in the near future. “People like smoking lounges. But most of them aren’t profitable enough,” he says. “In some cantons, waited table service is banned, so you have to find solutions to make the sales easier, such as installing a serving hatch,” the expert notes.

This smoking room is the initiative of someone who wanted an alternative to seeing smokers booted out into the cold, and believed that technology would deal with the smell of smoke, which some people find objectionable. They struggle to cope with food service being banned in some smoking rooms – but throughout the UK, this whole arrangement would be illegal, because smoke is so, so poisonous that even the most up-to-date technology can't deal with it.

Heaven forbid that anyone should be allowed to use their skills to address a problem (whether perceived or real) like secondary smoke. Tobacco control and all its friends in government have decreed that their way is the only way and it's not up for discussion. Non-negotiable. You cannot now, or ever, devise a system that will stop smoke from killing people. They have declared it to be impossible, now and for all time. (Flat earthers!)

Someone from the mainstream media called me today about our new petition 01451 (calling for a review of the smoking ban), which addresses this very issue. We know, and have known for some time, that the European Commission has air quality standards and techniques for ventilation, and tobacco smoke is dealt with here. It is absolutely pointless for the authorities to hide any longer behind the mantras, 'there is no safe level of secondary smoke', and 'ventilation doesn't work'.

It is up to those in office to devise systems that will work. Set standards, and if the standards are met there is no problem. If the standards are not met, that is what technology is for. And the technology will clean all the muck. Not just the muck from tobacco smoke, but all the other airborne pollution.

Is it really too much to ask, when humankind has learned to kill by remote control weaponry, to allow the use of technology to enable people to sit and have a drink together?

"Is it really too much to ask, when humankind has learned to kill by remote control weaponry, to allow the use of technology to enable people to sit and have a drink together?"

Sorry, but as you pointed out so well: "Tobacco control and all its friends in government have decreed that their way is the only way and it's not up for discussion. Non-negotiable. You cannot now, or ever, devise a system that will stop smoke from killing people. They have declared it to be impossible, now and for all time."

They're worse than "Flat Earthers" actually. The Flat Earthers believed what they said. A good percentage of the responsible Antismokers out there KNOW that they're lying ... but they continue to lie anyway. Whether they do it for money or out of a misguided sense of idealism, it's still lying.

Added note: I was just on a radio show here in the US and the hosts were strangling because the station had just had all its floors re-lacquered. I'd guess there's a pretty good chance they were breathing in enough "harmful fumes" in the three hours they were there doing the show to equal the "threat" posed to someone who works for a full year in a well-ventilated smoking bar or restaurant.

'Is it really too much to ask, when humankind has learned to kill by remote control weaponry, to allow the use of technology to enable people to sit and have a drink together?'

As far as TC is concerned a 100% NO. Despite the development of systems that could easily solve the issue, which is not, nor ever has been, about protecting non smokers.

Its a simple answer;'' JUST OPEN A WINDOW''.

Good on the Swiss! How's about that then, Harry Lime?!