The Guardian has produced a video about child labour on Malawi's tobacco plantations (the Bill and Melinda Gates Foundation is also linked on the page). Although it points out that child labour is not unique to tobacco plantations, a serious and erudite looking gent near the end of the video reminds us that we can't trust the tobacco industry whatever efforts they make to eliminate child labour because they are the tobacco industry and really one has to control them and not trust them.

The video points out that tobacco farmers don't get paid until after the tobacco plantations have deducted costs from the income of each harvest. That is tenant farming in any commodity that does not offer advance payments to farmers. These are the conditions that persist for millions throughout the world. Featuring tobacco farming as an educational snapshot of the issue teaches us more about global conditions for tenant farmers than it does about the tobacco industry.

Malawi's tobacco accounts for a high proportion of its export earnings. It is absurd to state that no one employed in the management of this industry has any sense of responsibility for children. Proposals to ban the employment of children do very little to solve the problem that children can't learn on an empty stomach. The video mentions the Malawi tobacco industry's campaign against child labour, and even says that those involved seem genuinely committed to the issue – although we are still reminded at the end that the tobacco companies are only in it for profit.

Malawi tobacco has also hit the spotlight because of the plan of the WHO Framework Convention on Tobacco Control (recently discussed at COP-4 in Uruguay) to ban additives that improve the flavour of tobacco. This could significantly affect the market value of tobacco in Malawi, and is likely to worsen the conditions for families employed on plantations. Malawi is not a member of the FCTC, and an organisation known as Smoke-Free Malawi has recommended that Malawi should join in order to allow representation in discussions like COP-4 (however it would also have to implement other articles further restricting tobacco use and the influence of tobacco companies). It also recommends that Malawi face the reality that global markets in tobacco will decline in future because of the health threat from tobacco, and seek alternative sources of revenue.

At least some of those involved in making the Guardian video wish to represent the tobacco industry as the big demon in Malawi, the cause of child labour in Malawi, the cause of bonded labour conditions. Child labour, claims UNICEF, is rife throughout the world involving up to 1 in 6 children (its introductory page on child labour does not even mention tobacco). Does this focus on Malawi originate from Malawi's non-membership of the FCTC, in order to generate further pressure on it to join this anti-democratic organ of world governance? Or is it just another excuse to score points off the tobacco industry as a whole?
Posted by Belinda at 12:04

Of course nobody condones using child labour but it looks like more publication bias.

The literacy rate for 15 year olds in Malawi is 84% for boys and 82% for girls, so the vast majority of children go to school.

Also tobacco is Malawi is: "Export revenue from tobacco, which contributes about 60 percent of Malawi’s foreign currency earnings, is expected to rise to $600 million from $500 million last year, Bruce Munthali, chief executive officer of the Commission, said in an interview today in the capital, Lilongwe."

At least the child labour has work and that gives them opportunities above those that don't.
Should we congratulate the do-gooders who ensured our hospitality workers lost their jobs and opportunities simply to avoid second hand smoke.

News Flash - There is less second hand smoke where there is less smoking ergo it's all worthwhile and we must continue to fund this scientific shite.
PS. I find looking after my family much harder without work.

Child labour system is punishable.They faces many problems in the industry. 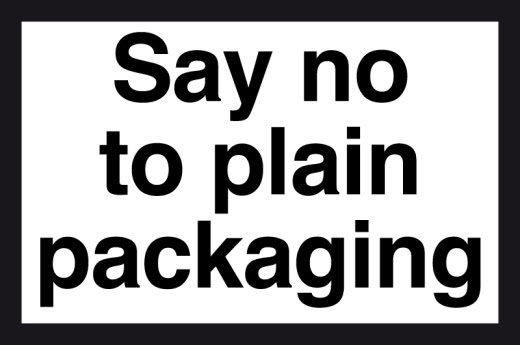